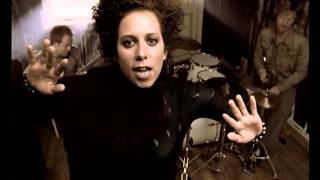 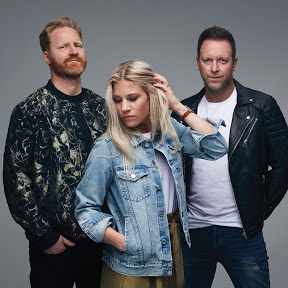 フォロー
前書き
Now when D’Sound releases its eighth studio album "Unicorn", Mirjam Omdal is the feature vocalist on most of the songs, and they have also invited other guests. The album will be released on Friday 6 September, and will be followed by The Unicorn Tour in 2019 and 2020. In this album they play around musically, and the result is a somewhat different expression than previously, while "D’Sound" remains intact. The entire album is a tribute to being a little different, and to people who do not necessarily meet current "norms." "It is a tribute to diversity, also by using playfulness in musical expression. And that has been important for the album,”said Kim.

This is the first D’Sound album without a picture of the band on the front of the cover. When choosing a cover photo and not wanting to be in it, they immediately thought of a particular person. By having Jonny's brother on the cover, they wanted to mirror the album's theme. "This is a very personal cover for us," said Kim and he explained about the first time Kim and Jonny met in the United States in 1990: "We went to a cafe and we clicked straight away. But instead of talking about music, we talked about his brother, who is a unique, wonderful guy, and a little different," said Kim.

"The single, ‘Mr. Unicorn’ is about being just a little different. Not being as popular as others, and being in the ‘friendzone’ pretty early on. Being different because you don't want to be part of the macho competition between guys,” said Mirjam. "On the album we have songs that are about the pressure and stress of being perfect, careless play with feelings, betrayal, blackening, rumour spreading and integrity".

On the album, the group also worked with producers Martin Kleveland, alias Martin K, Magnus Martinsen, alias Magnify, Bernt Rune Stray, Stein Austrud and Kristian Sæland. Also included is vocalist and songwriter Adrian Jørgensen, who they met in 2019 in connection with the Norwegian national selection to Eurovision Song Contest (Melodi Grand Prix). Together they made "Number One,” more specifically in Kim's kitchen. In addition, they have been joined by guitarist Tora Dahle Aagård. In the live remix of the single, "It's Just Me," they were joined by the American trumpeter Arnetta Johnson, Beyoncé and Jay-Z's trumpeter, who recorded his contribution in a hotel room in Cleveland while on tour with The Carters in the summer of 2018. On the album, they also worked with the Filipino songwriter, musician and vocalist Armi Millare, known from the band Up Dharma Down (UDD), in the songs "Lykkelig" and "Somewhere in Between." "Lykkelig" has a Norwegian title, but is sung in the Filipino language Tagalog, and you can also hear Jonny singing with Armi Millare.

D'Sound started when three songwriters and musicians, Kim Ofstad (drums), Jonny Sjo (bass) and Simone Eriksrud (vocals) began practicing in a basement in the centre of Oslo in 1993. D'Sound’s music was un-Norwegian, being a mix of acid jazz, soul, R&B, funk, pop and drum 'n' bass. They created an original soundscape that was quickly embraced by the critics and everybody else when they debuted with the single ”Real Name” in 1996. It became the year's most played single on Norwegian radio. Early in 1997 came the debut album "Spice of Life" from which seven singles were released. D'Sound began, slowly but surely, to get attention outside Norway as well. They toured with Roachford in Germany, had a packed concert at the Jazz Café in London and at clubs in Sweden and Denmark. When D'Sound visited Japan on a promotional tour for the album launch, they were the first international band to play live on MTV Japan.

The sequel "Beauty is a Blessing" came in 1998, when the elements of drum 'n' bass and modern soul were even stronger than in the debut. The record was a huge success, debuting as number one on the Norwegian album chart and resulted in Spellemannprisen (often referred to as the Norwegian Grammy Award) for "Norwegian Pop Group of the Year" in 1998. Seven singles were released from this album. One of these was their cover version of Shakatak’s hit, "Down on the Street." In England, the 12" vinyl with remixes of "Down On The Street" went all the way to 11th place on the UK Dance Chart.

In 1999, D'Sound released the single "Disco Ironic," produced by British producer Ashley Beedle (who in 2003 had produced the number one remix of Elton John's "Are You Ready For Love" in 2003). They wrote the single for the Norwegian-Italian success film "S.O.S." by Thomas Robsham, who also directed the video for it with D'Sound in Rome.

The third album, "Talkin 'Talk," debuted in third place on the Norwegian album list in 2000 and received a lot of attention in Asia. The title track became known throughout north and south-east Asia. The music video was played on MTV Asia a lot and was also included in Nokia's big TV campaign in Asia that year. The advertising film was directed by Norwegian director Harald Zwart ("Karate Kid", "Pink Panther 2"). This was also the start of many concerts in Asia, and over the years they have had over 20 concerts in countries such as Korea, the Philippines and Indonesia.

With the album "Doublehearted" from 2003, D'Sound showed a new side, both as songwriters and musicians. The album went to third place on the Norwegian album list, was awarded a gold record, and was nominated for the Spellemann Prize that year. The album was produced by Espen Berg and Simen Eriksrud, today better known throughout the world as SEEB (who were behind the world hit "I Took a Pill in Ibiza"). A large number of successful singles were released from the album, including, "Do I Need A Reason" with video directed by Norwegian Ray Kay (Justin Bieber "Baby", Lady Gaga "Poker Face"). In 2004 and 2005, D'Sound toured Europe with both Incognito and The Brand New Heavies. This collaboration resulted in Incognito singer Tony Momrelle joining the duet in the song "Birthday." It was one of the singles from their album "My Today" which was launched in 2006 in many countries and led to new concerts in Asia, Germany and Norway. The album also included the song "Sigh" in duet with the German jazz singer and trumpeter Till Brönner.

During the next few years came the albums "Starts And Ends" in 2010 and "Signs" in 2014, which included the song "Jennifer" with the Norwegian artist Lido. Over the years, the three D’Sound members also became internationally renowned producers, songwriters and musicians for other artists. Kim and Jonny produced Madcon's European mega hits "Beggin" and "Glow", they have written for, and performed in, releases including Akon, Jason Derulo and CeeLo Green, and Simone wrote, among other things. Donkeyboys and Joe McEldery's big hit "Ambitions" (number one in Scandinavia and number six in the UK).

What started with Kim, Jonny and Simone, would last for twenty years after the album debut in 1997 - until Simone chose to leave. She decided to leave the music industry completely to focus on her family. The very last recording D’Sound released with Simone Eriksrud as vocalist was the single "Only One" in 2017. By then they had released seven studio albums. In 2018, Mirjam Omdal, who fronted the band Bay Louie and participated in The Voice, joined the team. Jonny had met her the year before during broadcasts of The Voice in Norway. She, Jonny and Kim soon clicked.

"Simone had a clear, distinct sound, a voice that has been very recognisable, and a very clear way of writing," so when we contacted Mirjam it was also to bring in someone who was not too similar to Simone. At the same time, it was important to bring in someone who was good at writing songs and who had good charisma on stage and was stage-conscious. All of these things about Mirjam, in addition to her insanely cool voice, made us contact her, "said Kim, and added;

"The way D'Sound works is that when we make music, we are very spontaneous and keen to spice things up a bit. If you have an idea, you can use it. And that is how Miriam is as well."
NoxInfluencerチーム 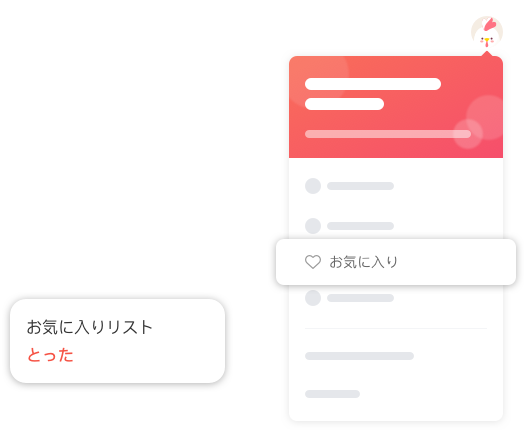