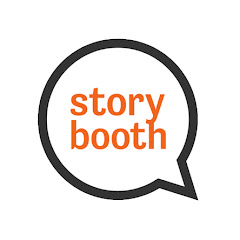 By Louis | Ready to \"wear it out loud?” Merch store open, SHOP NOW: http://bit.ly/storybooth-merch | Subscribe: http://bit.ly/sub2storybooth | Record your story @ https://storybooth.com or our iPhone app for a chance to get animated. Comment, like, share this story. Louis is a middle child with an older sister and a younger brother. And that can be kind of tough, since any time he wanted to join in on activities with them, he was either too old for his younger brother or too young for his older sister. And, even though he loved his Mom very much, and knew that deep down she really cared about him, still, at times he got the feeling that his Mom loved him a lot less than his other two siblings. For a while it was just his Mother and the three kids since his parents had divorced, and things were okay (and safe) until his Mom met a new person, who just so happened not to like Louis and his little brother very much, and was super strict with a short fuse and a bad temper. If Louis and his little brother didn't do what their new father, well, step-father said, he would hit them, hurt them. Once he hit Louis so hard that he knocked him out. And this then went on for years. It got to the point where Louis actually called the police to come - he didn't feel safe and didn't think his brother or sister were safe either. But, unfortunately, when the police arrived his story was dismissed and ignored because he was \"just a child\" and his step-father made up a story and schmoozed the cop. So, that was life at home, and his new school was no better. Because of what he was going through at home his self-esteem was really low and he would end up getting bullied just for being a loner, by himself, and a bit scared - who could blame him - but the kids at school weren't nice to say the least. For the entire first year he had no friends at school - literally - and he was always by himself, so the kids made fun of him, called him a loner and a loser, broke him down every single day. Then, after a bad day at school he would head out for a bad night at home - he didn't feel safe anywhere and felt like he had nothing good or positive in his life. And he'd get beat up. After time, with all of that continuing, he saw his stepfather about to hit his little brother and without thinking, Louis stepped in between them and said \"NO, YOU CAN'T DO THAT.\" This only made things tougher and he got hit even harder than usual, but at least he had protected his little brother from the abuse. Up to that point Louis had always felt like an outcast, but something changed inside him then, he had been pushed too far, and he decided to put himself out there, to keep trying, and to overcome all those challenges that had been put on him and to be more confident and less of a loner. He kept trying and trying to be friendly, to say hello and join in where he thought he could, and he never gave up. And finally, someone actually approached him, started a conversation, and Louis' first real friendship had begun! His new friend ended up introducing Louis to more people and he made more friends - he even became known as a popular kid that everybody liked and respected. His confidence grew, and his happiness grew, and things at home started to improve then as well. He got along better with his brother and sister, and his Mom made more of an effort and he felt, finally, equally loved and cared for. He felt like part of the family again, like home was a real safe place for him, and he felt good and welcomed and liked at school too! How did he do it? He just stayed strong on the inside and tried not to let all the challenges take him down. He pushed himself to get out there into his world, be himself, grow his confidence and change his future. - - - What's your story? storybooth wants to hear it! LINKS: Website: http://www.storybooth.com Instagram: @thestorybooth twitter @thestorybooth https://www.instagram.com/thestorybooth G+: https://plus.google.com/+Storybooth Facebook: https://www.facebook.com/thestorybooth/ Tumblr: https://storybooth.tumblr.com/ If you liked this storybooth animation and love storytime kid videos, watch our themed playlist collections: Being Yourself: https://goo.gl/89enEN Love and Heartbreak: https://goo.gl/mfaoKw Embarrassing and Funny: https://goo.gl/5GjxrW Bullies and Mean People: https://goo.gl/THS3LB Overcoming Challenges: https://goo.gl/pbxRa9